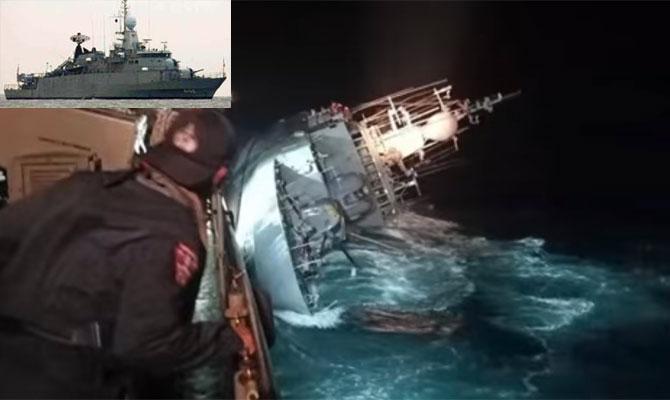 Dec 19 1120 LT UPDATE: Corvette sank at around 2330 LT Dec 18, some 20 nm off Bang Saphan Pier in Prachuap Khiri Khan province. There were 106 personnel on board, 73 rescued with 3 being in critical condition, 33 are missing, major SAR is under way. Thai Navy ships, helicopters and nearby ships are deployed in search for survivors. Of 73 rescued, 47 were picked up by HTMS KRABURI, 4 by tugs, 20 by MT SRI CHAIYA, and 2 by oil tanker, and 2 by MT STRAITS ENERGY.

Royal Thai Navy Corvette HTMS Sukhothai suffered water ingress and developed heavy starboard list up to 60 degrees, late at night Dec 18, in stormy waters of Gulf of Siam, after a blackout, which disabled mechanism and pumps. Blackout was caused by sea water leak leading to shortcut in wires. Understood all crew rescued.