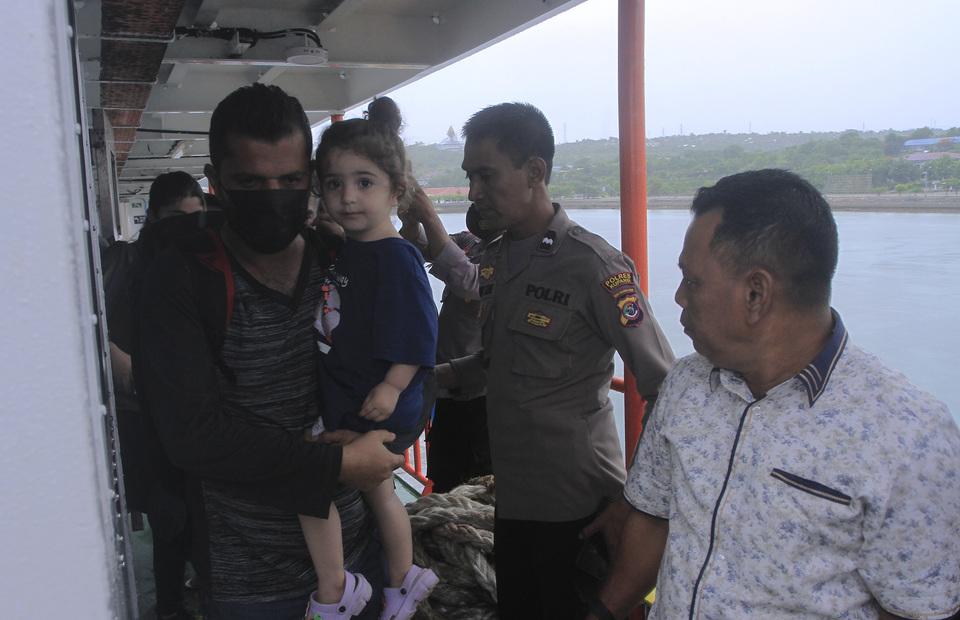 The ship carrying the immigrants was intercepted and later destroyed by the Australian coastguard en route to Ashmore Reef -- which is located 111 kilometers south of East Nusa Tenggara’s Rote Island -- after all the occupants were moved to another vessel on December 12.

The suspects in custody are identified by initials IP (29), AD (28), and RHG (30), all are natives of Papela Village in Rote. They are charged under the 2011 immigration law which carries the maximum punishment of 15 years in prison for people smuggling.

The 13 Iraqi nationals are currently being held at the immigration detention facility in the provincial capital of Kupang.