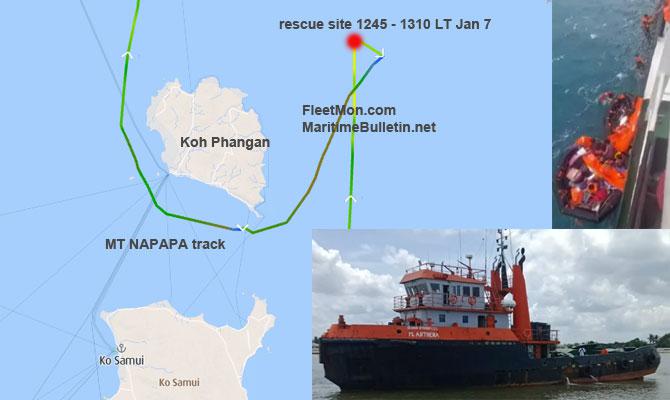 Tug PL ARTHENA sank in Gulf of Siam some 10-12 nm off Koh Phangan island, near Samui island, Surat Thani Province, Thailand, shortly after 1200 LT Jan 7. Nine crew went into life raft and were picked up by nearby tanker NAPAPA (IMO 8534069), all are safe. Rough weather is believed to be the cause of disaster.