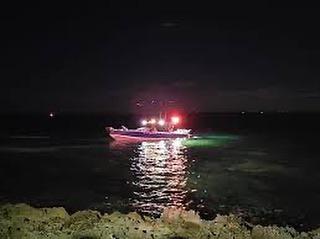 One fisherman dead, another missing after boat capsized in Bahamas

Officials are searching for a fisherman who attempted to swim to land with two other men after their boat capsized in Andros waters on July 28 morning.

The vessel reportedly capsized sometime after 10:00 AM and the three men attempted to swim to land.

Lundy said one fisherman swam for hours until he made it to land at Mangrove Cay around 7:00 PM.

On July 28 night, he was due to be airlifted to the capital for medical treatment.

Chief Superintendent Chrislyn Skippings confirmed on July 28 night that the body of a man has been recovered, and the search continues for the third man missing at sea.